What was your job before GAMEplan? 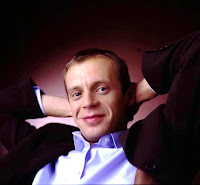 I worked as a game journalist doing monthly magazines, from 1990 to the late 90's.

After a youth wast...erm...spent with early arcade machines, Sinclair Spectrum and Commodore Amiga, and after I finished my school, I joined Markt & Technik (M&T), in 1990. They were one of the early publishing companys, specialised in computer magazines. They started PowerPlay, Germany's first monthly magazine for computer & video games, in the 80s, and this division became – to everyone's surprise – very successful for M&T. I joined them in 1990 as a staff writer, and I was promoted to managing editor, in 1992, after PowerPlay became the market leader, and after we started a second monthly mag, Video Games.

In late 1993, I quit, and founded an own publishing company, together with my former editor-in-chief, and two of my staff writers. This was a very funny and thrilling time, as our new company (Cybermedia) started as a very small outlet, but became market leader with its multi-format monthly, around 1997, against very strong competition.

After almost a decade of editorial work, I became a freelancing journalist around 2000. I changed my activities from writing for magazines, to doing books, in 2002, with the 1st German edition of Game.Machines (144 pages).

When and why did you decide to write Games.Machines?

As I always liked books better then those "faster" media, magazine or TV, it was a natural step for me, doing a book on the technology, history and aesthetics of video games. There are excellent books on different aspects of interactive entertainment, in Japan, but only very few in the west. I wanted to fill this gap.

How did you collect hardware, software, information?

Of course I started to collect info and material during my career as a magazine editor (when I was visiting game companys around the globe, meeting and interviewing many game designers, programmers and producers); maybe even earlier, when I was a kid and youth, playing the first and second generation of game machines.

After I decided to do a book, that concentrates on the hardware side of things, I bought the most important machines, which weren't in my collection already at this point, in Tokyo, California and London. I never had an Apple II, when I was a kid, for example. So doing this book was my chance to do what I was missing when I was younger – playing early 80's Wizardry on an Apple IIc, for example :-) While there are many games and machines in my books, which I experienced during my youth and early career, and which I revisited now (playing Elite on a C64, Lemmings on the Amiga, and R-Type Delta on the first PlayStation), there were also many machines and games, which I bought and played specially for the Encyclopedia of Game.Machines, and therefore experienced for the first time, including some very exotic consoles like the Epoch Super Cassettevision, which I turned on 20 years after its initial release (1984).

Also there were many machines missing in my first edition (which wasn't translated to Engish). Between this first book, and the new encyclopedia, I met with many collectors, which was very interesting. One guy had a house filled with any Apple ever released (he used to be a regional manager for Apple, 1980-1994). Another guy (a schoolboy, to be exact) had the strange habit of importing every game console from Japan. He showed me a room, filled with any Dreamcast model and any limited edition ever built, all in their original packaging – crazy.

Those collectors helped me to make the new edition of the encyclopedia "almost complete".

How long did it take to write the book?

Not counting the preparing work during the 90's, I spent 1.5 year, doing all text, and coordinating photography and art direction, for the first edition. It took another year to bring the second edition up to 224 pages and 600+ pictures.

Who worked on the project with you (photographer, graphic artist, etc.)?

Apart from many industry insiders and collectors, I worked with a professional photographer, and with an experienced art director: Christian Boehm used to work for German Playboy magazines, Wolfgang Müller was art director of the Official Playstation Magazine in Germany. Both did a great job. For the English translation I worked with South-African born Commodore activist Raffael Dyll, and with David McCarthy from Take 2/Rockstar UK.

For additional pictures, and final correction, more people were involved, so this book is a labor of many, not only me :-)

You are your own publisher, is that right?

Yes. Apart from concept and text, I also did financing and marketing.

Was it difficult to found GAMEplan?

As I never did any books before, and as I had no experience with book distribution and marketing, it was quite a risk. I spent a part of the money I earned through my former magazine company, Cybermedia. As everything went well with the first edition, which was very well received by the press, and by the German readers, it wasn't too difficult to do the English version.

How did you sell the books?

It is a different story with the English edition, though: I just have one or two shops in each region (France, Italy, UK, Spain, Austria, Switzerland, Scandinavia, USA, Australia, and Hong Kong), that's it. I am still looking for good, exclusive outlets in Poland, Hungaria, Portugal, Denmark, Ceska Rep. ... to show and sell the book to game gourmets there.
Publié par Nicolas Esposito à 20:32